How to Watch Yourself on Video Like a Director

3 Ways to Improve Your Executive Presence in Virtual Meetings

Camera on in sales. It’s more than virtual etiquette!

If you look at The Oscars from a sales perspective, it’s a great collection of mini-presentations and monologues given in front of a live and virtual audience with short attention spans and high expectations. Which makes it the perfect setting to understand what works when presenting to a business, what doesn’t and why.

Here are the results of my 3rd Annual Oscar Presentation Awards and the sales takeaways:

Best “Addressing the Elephant in the Room:” Chris Rock

With his first line, “Welcome to the white people’s choice awards,” Chris Rock took on the negative press about the lack of diversity among this year’s Oscar nominees. He handled a sensitive subject that had received major press the weeks leading up the Oscars with bold humor. While the initial speech worked, the theme quickly ran away with top billing. Like Neil Patrick Harris who addressed this same issue during last year’s Academy Awards, starting with the line, “Tonight, we honor the best and the whitest…”  Chris could have acknowledged the issue early and then quickly moved on, but I applaud his effort.

Worst “Addressing the Elephant in the Room:” Stacey Dash

Can you say “awkward?”  Anytime you make your audience uncomfortable you have clearly crossed over a line.  Whoever proposed this idea should be forced to watch 24 hours of Ted 2.  And Stacey Dash, what were you thinking by agreeing to do this??!

Ignoring the fact that your audience has a negative perception or closed mind is not a winning strategy in sales. Whether your prospect prefers another vendor or has had a bad experience with your company or product, address it early on so your proposal has a fair shot of being heard. Just do it once, and move on.  Depending on the subject and your audience, you can address the issue humor as Chris Rock did, or by choosing an appropriate story or analogy.  See tips here.

Best Use of a Higher Message: Leonardo DiCaprio, Best Actor

Ever since Marlon Brando had Sacheen Littlefeather accept his Oscar to protest the treatment of Indians in our country, we’ve come to expect one, maybe two Oscar recipients to use the platform to shed light on a key issue. This year the field was crowded: from diversity to abuse to the environment, winners used their platform to call attention to issues near and dear to their hearts. Leo did an exceptional job by smoothly tying it into his movie, “The Revenant was about man’s relationship to the world,” and his personal experience of having to travel to the farthest southern point to find snow during filming: “Climate change is real.”

Though he wanted to shine a light on the LGBT community, it came off as self-congratulatory and he screwed up his facts (see below.)

Know what the one thing you want your audience to remember after your leave is. Trying to shed light on too many ideas or presenting them in an unrelated way can confuse your audience and cause your higher message to be missed or forgotten. Need ideas on how to make your message sticky? Read more here.

Granted, the director of The Revenant had multiple opportunities to practice his acceptance speech (thus the comment “I can’t believe this is happening” seemed a bit unnecessary) but he exhibited a strong command of the stage and ability to connect with the audience, most noticeably with his eye contact. When calling out individual contributors, like Leo and Tom (we’re on a first name basis) he made direct eye contact with them as he spoke. Instead of trying to capture the entire room, his efforts to focus on a few and really connect resulted in connecting with the entire audience.

The director of the Hungarian Son of Saul was hard to follow – but it had nothing to do with the fact that English is not his primary language.  The director’s eyes darted from one side of the room to another, often during the same sentence.  His attempt to speak to an entire room at once was distracting and made it difficult to focus on his message.

Eye contact is an area presenters often take for granted and fail to practice or even think about. Depending on the size of the audience and the layout of the room, you want to put some thought in to how to best make everyone feel a part of things. Don’t make the mistake of trying to spread your attention too quickly from one side of the room to the other or you will seem uncertain or worse, untrustworthy. Take the time to focus on one person or section of your audience, complete a thought, and then move on.

Hard not to like these two together, but that aside, their performance was a great example of teamwork. They each had worked out clearly defined roles and they were fully committed to them: Straight man vs. Funny woman.  One didn’t totally dominate, as so often happens in team presentations, and while they clearly enjoy each other’s company, the focus was not on inside jokes but for the sheer enjoyment of the audience.

This could have been called the Sacha Baron Cohen Monologue as Oliva Wilde seemed to do nothing but serve as eye candy. Controversial Ali G, aka, Sacha was well into character and never seemed to be aware that he was part of a team as Olivia looked on uncertain whether to be amused or shocked. I’m sure Olivia has a fine personality but she was given little room to show it by this stage hog.

Clearly define your roles in a team presentation. Go over your plans with your team mate.  Don’t surprise each other with sudden shifts in direction or riffs on topics. Rehearse together and create signals so you can help each other out.  For more tips on teamwork click here.

Selling Girl Scout cookies to the live Oscar audience worked on many levels: It was a clever and unexpected juxtaposition of the everyday with the super-elite crowd (several of whom looked as if they’d never seen a Girl Scout cookie before) and it helped us connect to Chris Rock as just a regular dad trying to help out his girls. The best part was the big reveal:  $600 in sales the prior year vs. $64,000!  Nicely done, Chris.  And nice plug for the girl scouts.

What can often become a boring and disjointed list of “thank-you’s” turned into a humble, humorous, and meaningful speech by Mark Rylance. From an intriguing opening “I’ve always adored stories” to a humorous way to thank Tom Hanks “If you ever wondered whether acting with Tom Hanks would help, the answer is clearly yes.” Mr. Rylance did a nice job of keeping it engaging while thanking key players.

The intention was admirable, but Sam Smith incorrectly stating that he could be the first openly gay winner led to laughter and an explosion in the Twitterverse. He based this statement on second-hand information – an article with Ian McKellen, and then only made matters worse by adding a wishy-washy “if this is the case, or even if it isn’t I want to dedicate this award to the LGBT community.” In the end, I bet most people will remember the Sam Smith gaffe as opposed to his win.

Great idea to start with a unique statement, but avoid sounding smug and always check your facts. My guess is Sam Smith threw this tidbit in at the last minute and realized he may have been wrong as he said it.  In a world of Google and Siri, there is no reason to spout off unsupportable facts.  If you’re going to use statistics or facts in your presentation, be prepared to defend them.

Louis CK made the most of an typically over-looked award that audiences often use as an excuse to freshen their drinks. While having fun with it, “This award is going home in a Honda Civic” he gave the award true context and meaning “this award can actually change lives.” While it appeared extemporaneous and fresh, I’m certain Louis spent a fair amount of time crafting that opening and delivering it with pitch perfect timing.

She hadn’t seen the movie, gave no background on the song or its makers, and touted the fact that she was saying “whatever came to her.” This presentation was pure self-indulgence and an unfortunate prelude for all those who worked so hard to create it. Fortunately this poor intro will be overshadowed by an Oscar win.

Even if you think your subject speaks for itself, giving it context and details that highlight its importance is always recommended. Presentations are not about you.  Put yourself in your audience’s seat and give your material the “so what?” test.  Doesn’t pass?  Drop it.

Do you agree?  What other categories do you have from this year’s Oscars and how can you apply them to your presentation?

Don’t miss out on presentation tips to help you close more deals, faster!   Sign up for my newsletter –  and you’ll also get two FREE chapters from my new book Sales Presentations 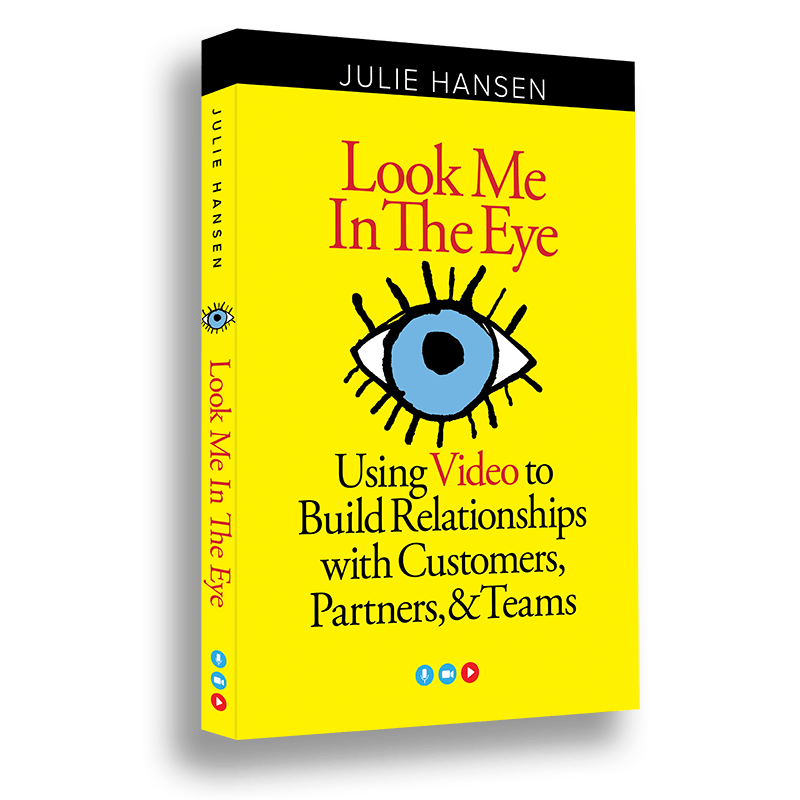